He risked a great deal coming to the earth as a human, Jesus. One-third of the Godhead was at risk. Jesus, God the Son, was “tempted in all points like we are.” He was tempted to quit.

Jesus knew who he was. He had always existed. He knew about heaven, about himself and his mission. He had the authority and the ability to go through with it, or not.

The greatest punishment wasn’t physical, emotional or mental. How long is a few hours compared to millions of years? Jesus had seen other men crucified; the Romans were known for it and they were good at it.

No, the split of the Godhead was his greatest test. That critical, essential division away from the… 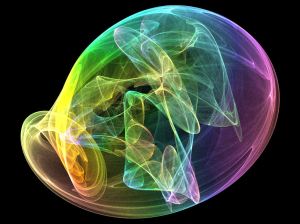 I had an hour-long conversation with the Lord one recent night, as I was wondering what I should read and/or study next.

“Faith,” he said. Faith? I had studied that subject at length several times, even written about it and taught about it.

“By faith we understand that the worlds were prepared by the word of God, so that what is seen was not made out of things which are visible.” (Hebrews 11:3 NASB)

Well, duh. I knew that already. Everything that is real was and is created with God’s faith. It’s contained and used in his words. Words that have no faith in them don’t do anything. I began to meditate on that.

Faith itself is invisible, but you can see the results, i.e. the evidence of it. Sometimes the result is instant; sometimes it takes quite a while to see the results. But actual, real, faith is creative and the results will be real.

This faith – God faith – is not the same as human faith. It has to be transmitted to us, since we don’t come with it already installed like a computer program. Jesus offered it to the disciples.

I visualize it sort of like this… you need a pen, I have a pen. I reach out my hand with a pen in it, and say, here, take my pen. You reach out your hand and take it. I offer, you receive.

“Where is your faith?” he asked them, when the storm came up. (Luke 8:25) They had to learn how to use it. He spent a lot of time teaching them with “show and tell.”

Here’s the key: this faith (God faith) has to stay connected to the source (God), otherwise it doesn’t do anything. If it does stay connected and we put it use as directed, it will do things. And it will grow.

After I meditated on that for a while, the Lord spoke again. “What do you know about plasma?” he asked.

Well, I knew it’s interesting stuff but that’s about all. I didn’t remember very much about it, so I did a little internet research. Fascinating reading! I actually understood a little of it from  basic physics back in high school.

The bottom line of my research was this: plasma is real. In itself it’s invisible, though – what you see is the result of it. Neon lights. Lasers. The sun.

It’s been interesting to read up on plasma. What kind of materials (gases, mostly) can become plasma? What does it take to get that material into the plasma state? What happens when plasma loses connection to its instigating power source? (Here’s a hint: it stops being plasma.)

A more recent day as I was still contemplating faith, the Lord asked me another question. “Stem cells… remember stem cells?”  So I read up a bit on stem cells. Some of what I found is way too complicated for me, scientifically – then I found a more user-friendly site to browse through.

“Stem cells have the remarkable potential to develop into many different cell types in the body during early life and growth. In addition, in many tissues they serve as a sort of internal repair system, dividing essentially without limit to replenish other cells as long as the person or animal is still alive. When a stem cell divides, each new cell has the potential either to remain a stem cell or become another type of cell with a more specialized function, such as a muscle cell, a red blood cell, or a brain cell.” (From Stem Cell Basics, http://stemcells.nih.gov/info/basics/pages/basics1.aspx)

Stem cells are even more fascinating than plasma! Faith is like God’s supernatural spiritual stem cells. Amazing. Truly amazing, and wonderful, and humbling.