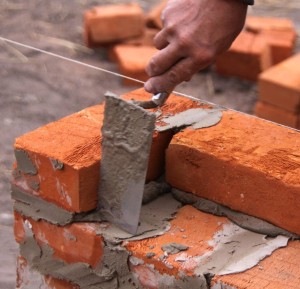 Late Friday night March 15, 2019 I was sleepily praying about many things including politics, the President’s southern border wall proposal and the opposition to it, when the Lord interrupted my prayers.

Quite clearly, he said, “I’M building a wall.”

Okay Lord, YOU’RE building a wall, I answered, visualizing the wall of a house.

“No, bigger than that,” he said. So I imagined a much taller wall, although still part of a house. A bigger house, maybe two-story.

“It’s a wall that divides,” he added. “I’m not through with America yet. Now is the time for people to choose; to put themselves on the right side of my wall.”

Oh, wow. Wow. As I considered that, the image expanded, becoming more like the Great Wall of China.

“It will become a tower.”

I recalled towers I’d read about in scripture, such as those built in the center of vineyards. Watch towers.

“Think more like this,” the Lord said, and showed me the city wall around Jerusalem, with tall, broad, high guard towers at intervals.

Slowly the image expanded again; the wall grew higher, and broader, and longer, encircling a much greater distance than any one city. It was still growing when our conversation ended, but my thoughts didn’t end there.

I couldn’t go to sleep. I praised and thanked God for his message, and prayed. As I did, the faces of many people and accounts of horrible situations ran through my mind like a newsreel. Occasionally I dozed off only to wake up a short time later, still praying. More faces. More needs. More lost souls!

When Saturday morning dawned I was still praying. Eventually I got up, fed my hungry kitties, made myself a cup of coffee, and meditated on what the Lord had said. I jotted down some notes.

I knew he didn’t mean a wall in the natural world somewhere.

But like a physical wall, I knew this spiritual wall is becoming more obvious as it goes up. It is indeed a divider, between good and evil. God is creating a wall and drawing a line, making people choose. By their words and actions, they are revealing their hearts publicly.

And I understood more clearly, too, the purpose of the call to pray that is spreading across the world today. The intercessions of God’s people are the building blocks for his wall, brick by spiritual brick.

I spent some time Saturday researching definitions and uses of the words wall, tower and fortress in the Bible. I discovered that God himself is our strong tower, our defense, our fortress.

“The name of the Lord is a strong tower, the righteous runs into it and he is safe.” (Proverbs 18:10) I remember singing that verse many years ago, and now I find myself singing it again.

Over two years ago the Lord gave me specific words to pray, more like a command or decree: “Out and oust.”

That meant, reveal those (in government, or business, or media, or entertainment) who are opposed to God’s work, and remove them from any sphere of influence. Since then I have watched the answer to that prayer play out publicly, again and again.

God’s wall is going up, spiritually. He is drawing the line. And people are being forced to choose which side of God’s wall they want to be on, when the final bricks are laid.

It was a mid-week church service, sometime in the early 1980’s.

Who was preaching? I don’t remember. Who was leading the singing? I have no memory of that. Who was playing the pipe organ, the piano, the drums and guitars? I can’t recall that either. Who was present? A few relatives, a few friends, myself and many others whose names I didn’t know. I was only a visitor, not knowing what to expect.

What was happening? That I will never forget.

The main floor and the balcony of the sanctuary was filled that evening. The preliminaries had taken place – greetings, announcements, offering, followed by hymns and praise songs accompanied by enthusiastic clapping. The congregation had taken their seats. But then…

A complete hush fell over the congregation. The silence was so deep you could have heard a pin drop. Literally. It was as if a thick cloud had descended, cutting off every nuance of noise. No foot shuffling could be heard, no throat clearing, no nervous coughing, no nothing. The quality of light subtly changed from that provided by the ordinary church chandeliers to a brilliance I’d never seen before. It was hard to keep your head up or your eyes open.

After only a few moments it was also hard to stay in your seat. Many didn’t. People began to slip off the front pews and platform chairs onto the floor, out of the side pews into the aisle. No-one spoke. Nobody even seemed concerned about it. Everyone was too affected by the manifest presence of God in the room to take notice of their companions.

About half-way back on the left side of the building, my own row was too packed with people for me to move but I couldn’t raise my hands from my lap. I just basked in the soft, cherishing, comforting presence of the Lord.

What was it like? The closest I could describe was like being wrapped in a warm blanket, sitting on my mother’s lap and hugged close.

How long did it last? I never looked at my watch so I don’t know. But gradually the cloud began to lift. The people on the floor were helped back to their seats. The pastor got to his knees, then climbed to his feet holding onto the pulpit, but he couldn’t speak. Maybe he wanted to try to explain what had happened but I don’t think anyone was listening anyway.

As we milled around, we discovered that several miracle healings had occurred throughout the sanctuary. Nobody had laid hands on the sick or offered to pray, but as the presence and power of the Lord engulfed them the sick and hurt were made whole. Pneumonia in an elderly violin-maker – lungs completely cleared. A cracked elbow in my school teacher sister-in-law – bone completely healed.

That was my first experience of worshiping God in spirit and in truth in a church service. I’ve had similar worship experiences since then, in church buildings, convention centers, and the privacy of my own home. God instigated, they are not for his benefit, but for ours.

So, how would I define worship? Falling in love with the most precious, most beautiful, most wonderful, most worthy person that ever existed or ever will exist, knowing that he loves you back, and telling him how you feel.

Lord, what is the anointing?

“If you need to preach a sermon, I inspire in you the sermon, then my words in your voice, together we preach the sermon. My words, inspired in you, my words spoken through your voice – that’s the anointing.