God showed up in street clothes when he came to visit Abraham and Sarah.

Three travelers in the plains of Mamre approached a tent in the heat of the day, the time when people rested from their usual work.

Abraham was sitting in the tent door and when he looked up, there they were — three men, travelers. Tourists? Tradesmen? What did they look like?

Apparently they looked like ordinary travelers, perhaps a little dusty from walking along the road. They all wore the normal street clothes of the day for that part of the world.

But they weren’t ordinary travelers, of course. One of them was Jehovah, God himself. The other two were angels on assignment to destroy Sodom. (Genesis 18:1 – 19:1)

What do you imagine when you think about God’s appearance, or the appearance of angels? Probably not men in street clothes.

It didn’t take much, though, for Abraham to realize that he was talking to the Lord God. He had seen him before. He had heard his voice before (Genesis 12 ff). But he couldn’t have told that by the physical appearance this day.

Jesus showed up in street clothes when he lingered near the tomb to talk to Mary Magdalene. She’d already seen two angels, and she recognized them as angels because of their appearance. This man looked ordinary, a gardener perhaps, Mary thought.

“Why are you crying?” he asked her. She explained as best she could, still not realizing who he was. But he wasn’t an ordinary gardener, of course. It took one more word, “Mary,” from Jesus’s voice for her to recognize the Lord, Jesus resurrected from the dead. (John 20:15)

Jesus showed up in street clothes when he caught up to Cleopas and his friend. Ttraveling from Jerusalem to Emmaus, “It was great while it lasted,” they must have thought as they commiserated.

They’d had high hopes that Jesus of Nazareth was the Messiah, they explained sadly to the inquisitive stranger. Quite a conversation took place on the remaining walk into town. This well educated stranger really knew the prophecies! And he had a knack for opening the scriptures.

They didn’t realize who he was, this ordinary looking fellow. It took Jesus breaking bread and blessing it for them to recognize him. (Luke 24:30-31)

Jesus showed up in street clothes a few hours later, when he suddenly stood in the middle of the 11 apostles, terrifying them by his appearance. They supposed he was a spirit! I wonder what they imagined a spirit to look like…

Why didn’t they immediately recognize the Lord? Mary Magdalene? Cleopas and his friend? The 11 apostles? Their master, their teacher, the one they had followed and worshiped for so long?

Think about the last time they had seen him. Dirty, bloody, ragged, naked. Broken. Dead. This man was none of those things. He was clean and healthy. Any scars he had were totally healed – he kept those for evidence, I think.

Jesus had taken every punishment I deserved, every sickness or disease I could be afflicted with, every fear and anxiety, every sin and guilt, for me and every other human being on planet earth. Whether physical, mental, emotional or spiritual, he accepted them all as his own.

Then he overcame them. Defeated them. Destroyed their power. The creator of the universe had recreated everything about his own personal appearance, in a moment of time.

Now he looked like, and was, a healthy, confident and knowledgeable adult male. No wonder they didn’t know who he was. 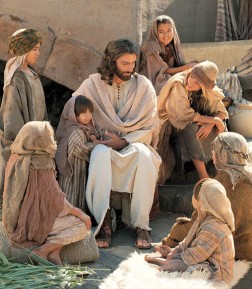 Many artists have painted depictions of Jesus over the centuries. Did you notice — they always seem to paint him in the past tense? Wearing street clothes of ancient Israel?

That’s not how I see him.

I imagine him dressed in ordinary street clothes, a workman’s uniform maybe, or a business suit, or jeans and a t-shirt. Whatever would be appropriate for the place and time, and perhaps the occasion, that’s how I visualize him.

Would you recognize Jesus if he showed up physically at your house, dressed in modern-day street clothes?

“Do not neglect to show hospitality to strangers, for by this some have entertained angels without knowing it.” (Heb. 13:2 NASB) 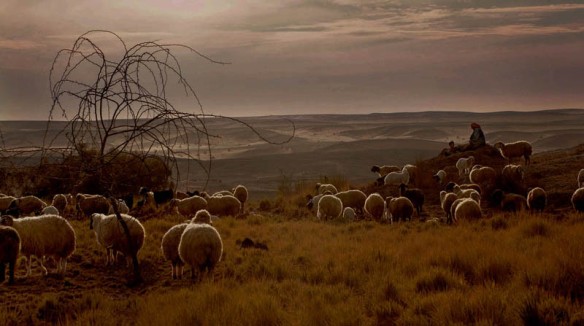 And there were shepherds living out in the fields nearby, keeping watch over their flocks at night. An angel of the Lord appeared to them, and the glory of the Lord shone around them, and they were terrified.

But the angel said to them, “Do not be afraid. I bring you good news that will cause great joy for all the people. Today in the town of David a Savior has been born to you; he is the Messiah, the Lord.” (Luke 2:8-11) 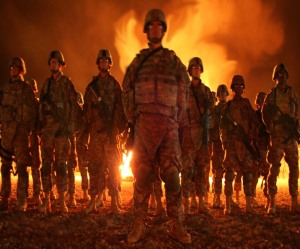 Last night before going to sleep, I had been praying for specific people that came to mind, pretty much as usual. After the last one, I asked the Lord to please speak to me. I had been “doing all the talking,” and even though I knew he had wanted me to pray for those people, now I wanted to listen.

More darkness is coming, he said.

Oh, Lord, I said, again? We’ve had a lot of darkness lately, haven’t we? And there’s a global revival going on, isn’t there?

Where there have been floods and fires, hurricanes, tornadoes and super storms, there will be drought. Famine will be accompanied by a lack of resources, and a lack of answers on where and how to get resources.

Where, Lord, I asked?

The United States but not just the United States. The entire world is coming apart at the seams politically, on every continent. How to respond to “natural” disasters is a point of political contention which will continue to grow.

The desire and struggle for power is supernaturally expanding across the planet. The aim is not unity, is not peace, is not prosperity, as those being controlled and manipulated believe. The manipulator’s goal is chaos. Destruction of the human habitat, elimination of the human race is his real goal.

Chaos is the natural habitat of the enemy of the human race, and that’s what he is engineering, nation by nation, continent by continent.

But this is my planet, the Lord said. I designed the universe around it. The human race is my greatest creation, my greatest treasure.

Instead of going to sleep sad and depressed, I actually fell asleep reassured.

This morning I visualize Jesus standing in my office, watching me type this. He is not wearing the typical robe and sandals that you see in paintings. He is wearing battle gear. Crowding around him are angels dressed as he is, in armor. They jostle one another trying to fit into this small space. Incredible!

This battle is not over, but the battle is the Lord’s. Light will overcome darkness, every single time.

I was thinking about all the wars and rumors of wars in the news the other day. Then as I listened to Christmas carols and thought about the Bethlehem story, the Lord began talking to me.

Don’t pray for world peace. The angels at Bethlehem didn’t declare peace on earth – they declared peace on earth to men of good will – i.e., men of God’s choosing.

Peace happens in pockets. As one individual at a time is offered terms of peace, he himself must accept those terms, must declare peace between himself and God. As the evidence and benefits of the obtained peace become obvious to others, they may seek peace with God also. On God’s terms, of course, not theirs.

The problem isn’t that God declared war on mankind. Mankind’s beautiful false friend planned war the moment Adam was created. Satan planned it, declared it, and conscripted humans into his ranks to wage it. But he cannot win; God is too skilled a warrior to lose this battle.

Winning the war isn’t the enemy’s only goal, however. It’s his ultimate goal, perhaps, but in the interim corrupting humanity will do, one man at a time. Weaken his faith, strengthen his doubt, neutralize his fighting ability and there’s one less warrior to worry about.

Oh yes, war is planned. It’s a major occupation of the tempter to plan it and plant it in the minds of susceptible human beings.

Whether in little skirmishes or horrific battles, men attempt to gain something by other than honorable means. What is it they want? Control. Power and authority. Godship of themselves and others.

A primary temptation from the beginning of time, this is the first of the ten commandments. Have no other gods before me, the Lord said. Being your own god, making your own rules, ruling your own life and that of other people is so attractive! That’s why war will exist for at least a thousand more years.

Daniel learned about warfare from the angel Gabriel, and he wrote about battles between nations that would happen far into the future from his own time.

He also learned about battles raging even then, fierce enough to delay delivery of a message from an angel (Daniel 10:12-13). The book of Daniel offers fascinating insights into what goes on around us unseen to the human eye, yet affecting us both personally and politically.

So, rather than praying the usual generic, seasonal prayer for world peace, let’s pray for peace between God and individuals; that kind is actually possible.