Those kinds of questions come to mind frequently, and sometimes I actually ask him, and he actually answers.

“Are you sure?” Well, of course then I wasn’t sure, so of course I looked it up. There are layers of meaning, I soon discovered. One refers to material facts, such as the number of gallons my car gas tank can hold. Another is psychological or mental ability, such as the potential for learning, understanding and retaining information. (Human brains, computers.) Still others are in the realm of physics, nuclear, space / time phenomena, metaphysical concepts. I had no idea there were so many nuances of definitions in that one little word.

“So, does that have to do with what you’re like, then?” I asked.

“Think limitless capacity,” he said, and began to show me some examples.

As images rolled through my mind’s eye, I realized that phrase doesn’t just describe what he is like, it describes what he does; what he does for his most treasured creation, man. Beginning before the beginning, God conceived his own idea, design, and construction of human beings and their habitat, the universe (or perhaps multi-verse).

Ideas. Inventions. Discoveries. Language. Wisdom. Understanding. Creations. Every branch of arts or science, every “ah ha” moment, every success in every field, at the moment it occurred depended on the capacity of the person involved to engender an idea, grasp a concept, understand the possibilities, calculate the logistics, remember the details, record the results, meditate on the whys and wherefores of failure.

And if they didn’t have the mental or emotional or educational capacity to get the thing done, the thing built, the thing accomplished, yet? Then the capacity needed was increased, enhanced and developed in that person or other person, even other generations of persons.

How long might it take to invent an airplane? How many ideas? How many principles? How many hours, years, attempts? (da Vinci’s ornithopter, above image.)

How long might it take to develop the math to calculate the distance of a light year, in miles? Or the usefulness of bread mold? To be curious enough to see if some things in dirt and grime and rot aren’t just dirty? (Think antibiotics.) 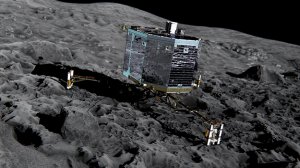 What gave space scientists the outrageous idea that they could land a spacecraft – the Rosetta spaceship’s Philae lander – on a comet?! And the technological know-how to do just that? (Also see https://bettecox.wordpress.com/2014/08/06/rosetta-and-the-comet/) 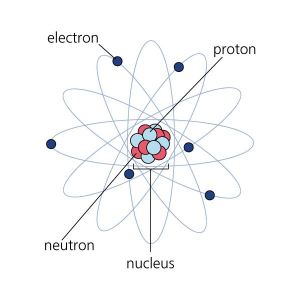 Who first suggested that an atom isn’t the smallest component of matter? Or that matter and energy are both forms of light? That concept is still being explored.

Over the thousands of years of human history, every time the limit of material, creative, or inventive capacity was reached, stalemate happened. But it didn’t last, did it?

It doesn’t last, because the Creator, the God of limitless capacity, simply shares some of his own capacity with his most treasured creation. Ideas “happen.” Everything that has ever been discovered or invented came from him in the first place, dropped into a brain somewhere.

I meditated on all that for a few minutes, and then I heard his voice add this:

“When one of my people can’t find a solution to a problem, if they seek my help they will find it. If they need mercy, direction, insight, revelation knowledge – if they need more information, more wisdom, more ideas, more ability to calculate, more assistance, more understanding, more favor from other people, more patience, more strength, more stamina, more faith – they will find their capacity increasing in those areas.”

As I was meditating last night, I was visualizing the vastness of creation and the infinitesimal size of me – one tiny speck of grit in the universe. Wondering how important the prayer of one insignificant person could be, I asked the Lord what he wanted me to pray about right now.

I wasn’t feeling very confident in my prayers at that moment.

But even before I could get my thought completely articulated, He reminded me of the little poem “For Want of a Nail.”

Pray about nails, He said. Watch, and when you see a likely scenario on the news, pray about the nails. Pray that nails will be lost.

WILL be lost? I asked. Not that nails WON’T be lost? Not that they’ll all be present and accounted for, in good working condition? I was thinking about every Christian doing his assigned task.

No, He said. One man can’t tackle an army by himself, but with prayer one man can tackle a nail. Sabotage a nail. The enemy’s nail.

What are these nails? I asked.

He began to show me images of past events, where odd things happened to hinder the enemy.

The only way to evacuate them from the shallow waters was by small boat, and the English people were urged to provide every small boat they owned for the effort. But the weather was too good — Nazi planes could see them coming! (http://www.timetoast.com/timelines/canada-in-wwii)

“The grave plight of the troops led King George VI to call for an unprecedented week of prayer. Throughout the country, people prayed on 26 May for a miraculous delivery.” (http://en.wikipedia.org/wiki/Dunkirk_evacuation)

“Nazi dive-bombers hovered overhead, unable to penetrate the cloud of fog for 72 hours. God had placed this shield over the straits of Dover, where the Atlantic Ocean, North Sea and English channel met, forming a busy thoroughfare for shipping in the 21 mile Strait. Historically, it was always rough, never still for more than three minutes. Now it was becalmed for 72 hours during this God-controlled rescue mission.” (Over 330,000 soldiers were rescued.) From an interview with a survivor,
(http://www.biblestories.stellaris.com.au/bible_studies/dunkirk.htm.)

In recent years, Stuxnet – this computer malware made history as the most advanced real cyber weapon. It sabotaged the Iranian centrifuges at Natanz being used to enrich uranium.

While designed to spread widely, the worm was programmed to execute against a highly selective list of targets. (http://arstechnica.com/business/2012/04/stuxnet-worm-reportedly-planted-by-iranian-double-agent-using-memory-stick/)

What are the nails we should pray about?

At Dunkirk — good weather. Prayer brought about a change in the weather, something a man could not do.

At Natanz — good operating system. Prayer led someone to change that, something a man could do.

So, I will be watching for opportunities and praying about the nails.

For Want of a Nail

This proverb has been around in many variations for centuries. It is found in a number of forms starting as early as the 14th century. The earliest reference may refer to the death of Richard III of England at the Battle of Bosworth Field.

The short version shown above was published in “Fifty Famous People” by Richard Baldwin. Click here to read his short story about the nail. http://www.mainlesson.com/display.php?author=baldwin&book=people&story=nails

And note: this is a story about the fall of an evil king, and the victory of a good one.

Part of a Sunday night service at church recently was an assignment to write a poem or statement to Father God, to say what was in our hearts in worship to him. Those who were willing were encouraged to share what they had written. The comments and poems were beautiful, heartfelt, and ministered to the rest of us greatly.

Although I didn’t share what I had written, the following is adapted from it.

So much more vast than all of space, Father God, just the edge of your little fingernail could crush our whole universe and disintegrate us into dust. Creator of multitudes of galaxies, you are fully aware each moment of each infinitesimal component as each spins in perfect balance, obeying your design for it.

Yet having set these multitudes into motion, you made yourself small enough, intimate enough, personal enough and individual enough that you can see your own work with our eyes! You experience it, explore it, examine it and enjoy it through our eyes, hearts, minds and souls. And as we discover your works in the vastness of your creation, you lead us to discover You.