I was thinking about the word “way” the other day. No special reason, I can’t recall anything in particular that started that train of thought.

“Do you know the Way to San Jose” wasn’t playing in my head. Not even Jesus’s statement, “I am the way.” It was more like random abstract thinking.

What does the word “way” mean? I was thinking. How to do something? Like a way to cook collards so they don’t smell up the house? (Yes, there is one. Ask me.)

Then the Holy Spirit interrupted my thoughts. “Do you know the way from Florence to Columbia?”

“Sure,” I said. “There are lots of ways to get to Columbia from here.”

I began to think of a few. Turn west on Palmetto Street to I-95, then north to I-20, then west to Columbia. Or just continue west on West Palmetto, which is US Highway 76. Take a few side roads, not main highways necessarily. They’ll all get you there, eventually.

The Holy Spirit began to ask more questions. “Which way is the right way? What time of day? One unbroken trip, or pit stops along the way? Detours to browse through other towns? An overnight stay in Sumter, maybe, to visit Swan Lake? Or picnic at a historic Revolutionary War site near Camden?” Hmmm.

“What about going east into Florence first, to pick up items for the trip? Or how about go all the way through Columbia to visit Lexington first, then come back to Columbia? Which way is the right way?”

Well, that sure got me to thinking. Then he continued.

“What is the best day? The best time of day? Or should you go at night? What’s the best season of the year? Is any one of those better than any others?”

“Should you drive your own car?” he went on. “Or maybe rent one? Or ask someone else to take you? Should you go alone, or with a companion or two? Maybe go by bus? Or by train? Or by plane?” I was accumulating quite a few mental images of what had been a simple trip. “If enough others went along, you could form a caravan!” he added.

“On the other hand, perhaps you could ride a motorcycle, or a bicycle, or walk, actually. Of course you could run, or jog. You could even hitchhike. Couldn’t you? All those are ways to go from here to Columbia, aren’t they?”

Uh huh. Hmmm. Now I was really suspicious about that first question. I wondered just what way he was getting at.

“So, which way is the right way?” he asked again. I sensed a smile in that voice.

“It all depends,” I slowly admitted, “on the purpose of the trip.” He stopped speaking and let me mull over all that.

Follow me, Jesus said to his first disciples. Take up your cross and follow me, he told them later on. Follow me as I follow Christ, Paul said to his readers. But that was after the cross, wasn’t it… so where was Jesus when Paul wrote that?

He’s not standing still like a statue on a Brazilian mountain top, or an icon in a church building. He inhabits believers, and while he is seated in heavenly places in the spirit world, he is also standing when I’m standing, sitting when I’m sitting, and going when I’m going, wherever that is.

“You’re beginning to get it,” the Holy Spirit encouraged me.

Suppose that Jesus wants to go somewhere, somewhere specific, in this imaginary trip from Florence to Columbia, I asked myself. What is the right way, then, to get from this house in Florence, to wherever it is he wants to go in Columbia?

I understand a little better the puzzlement of Thomas when Jesus told him, “Where I go you know, and the way you know.” (John 14:4)

Thomas said, “Lord, we don’t know where you’re going, how can we know the way?”

But Jesus knew there was only one way for him to go that day, because of the purpose of the trip. To rescue the Samaritan woman at the well, and her whole city.

Jesus told the puzzled disciples, “My food is to do the will of him that sent me… lift up your eyes, look on the fields; they are white already to harvest.” The whole city of Samaria, the whole area of Galilee, the whole world was ready to harvest! And it still is.

There’s something a  bit fascinating about that word “way.” 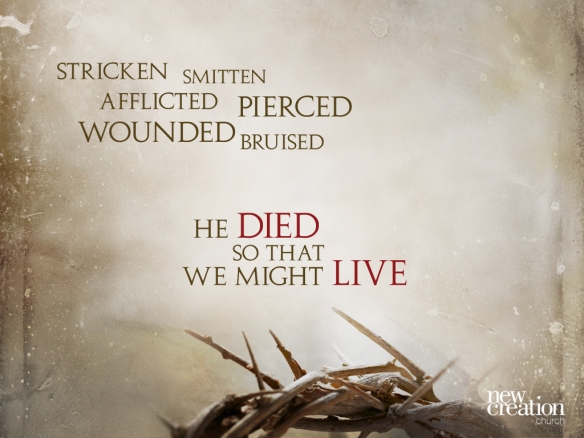